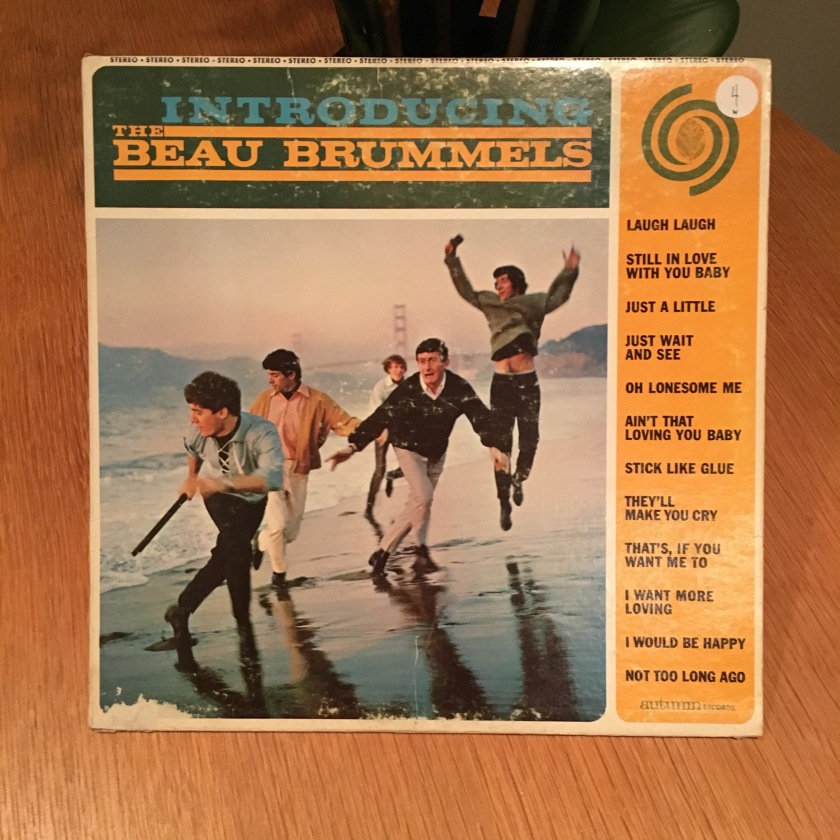 The Beau Brummels are famous, and not just because they’re one of the few groups that come alphabetically between The Beatles and The Bee Gees in every record collector’s well organized library.  The band, formed in San Francisco in 1964, was the first successful group of the “San Francisco Sound” that went on to include The Jefferson Airplane and The Grateful Dead.  This album was produced by another living legend, Sly Stone, and the success of it inspired him to form his own group. 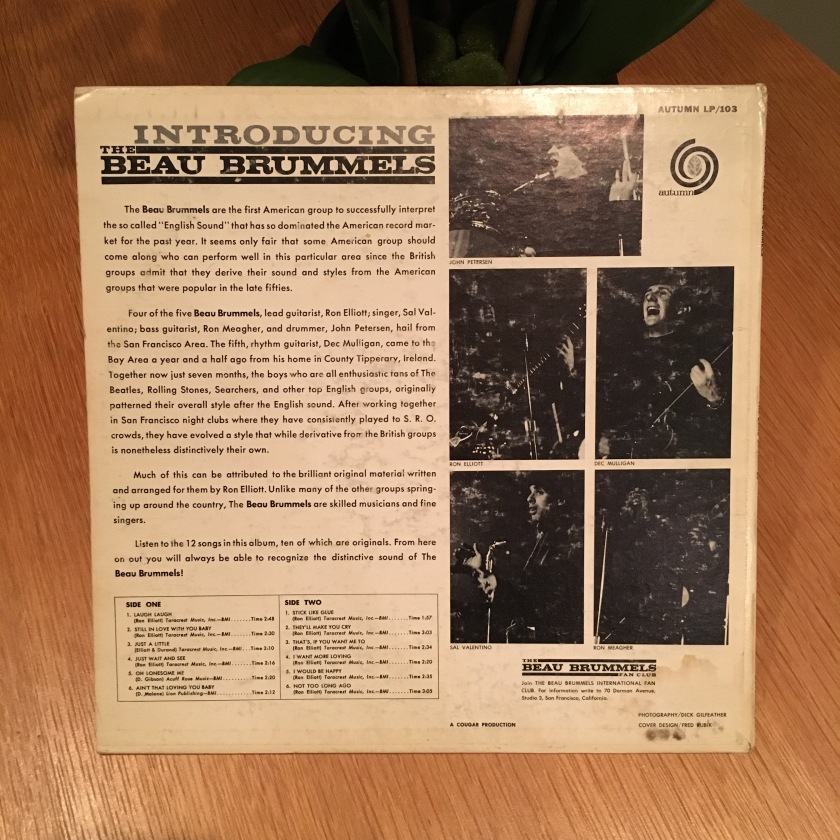 It’s also no joke that it’s a really great record.  It has the group’s two biggest hits, Laugh Laugh, and Just A Little, and most of the rest are band originals.  Their name and sound convinced the record buying public that they were a British band, and that no doubt helped them break through.  With such a pedigree, it’s no wonder that this record is so highly collectible.  The fact that’s it’s a stereo copy only makes it more valuable.  I felt very lucky to find it for $4.

Despite the worn cover, it plays really well.  Autumn Records wasn’t around too long, so it’s great to find a decent copy of what was probably their best selling album ever.  When Autumn ended (!), The Beau Brummels signed with Warner Brothers.  The predictable creative differences and personnel changes doomed them however, and the group ended by 1969.  Being the Bay Area favorites that they are though, they reformed several times over the years and appeared at one festival or another.