We all grow up someday.  It can be hard to accept or even know exactly when it happens, but like Johnny Paper in Puff The Magic Dragon, even flower children age.  So it’s not really a question THAT a Hippie ages, it’s HOW a Hippie ages.

Melanie was a great Pop Hippie.  Probably the last big name to come out of the Greenwich Village, she made a name for herself at Woodstock and a Buddah Records contract followed.  Her raspy, yet sunny voice fit the AM radio sound and her 1972 #1 song Brand New Key was her commercial peak, fueled by the line “some people say I’ve done alright for a girl”. 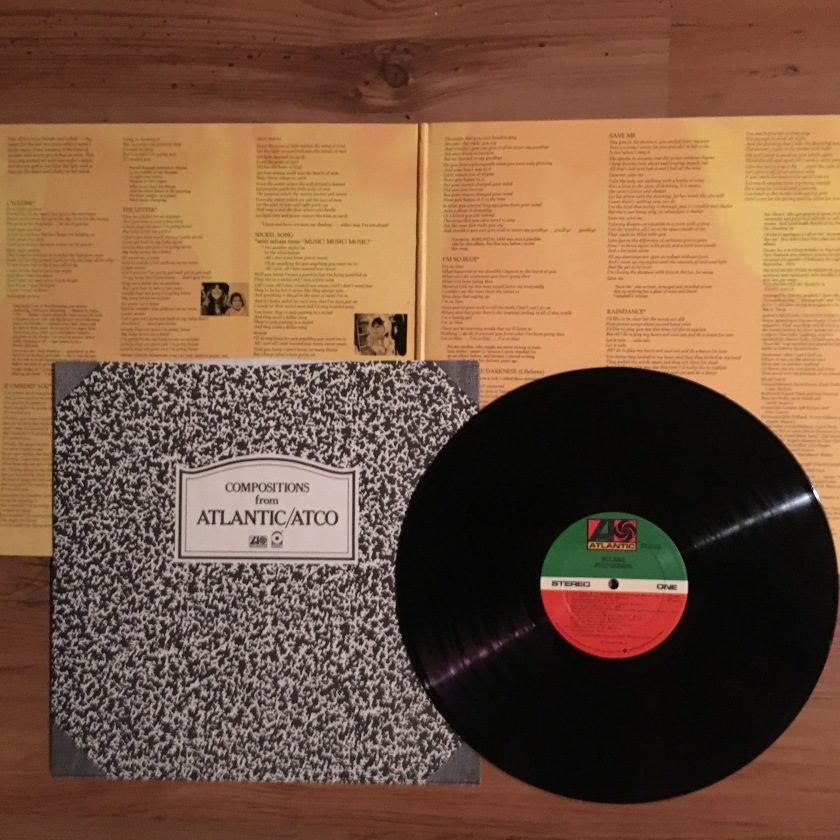 But time and trends change.  A grown up flower child is less precocious and sings with a less sunny outlook.  Melanie’s voice is still strong, but I can totally see how this wouldn’t succeed at the dawn of the disco era.  What might have been a huge hit a few years before quickly ended up in a discount bin.

And it is a great album!  Atlantic went all out on packaging, with a gatefold cover a cool schoolbook cover style inner sleeve.  But it wasn’t meant to be, and Melanie was dropped from the label.