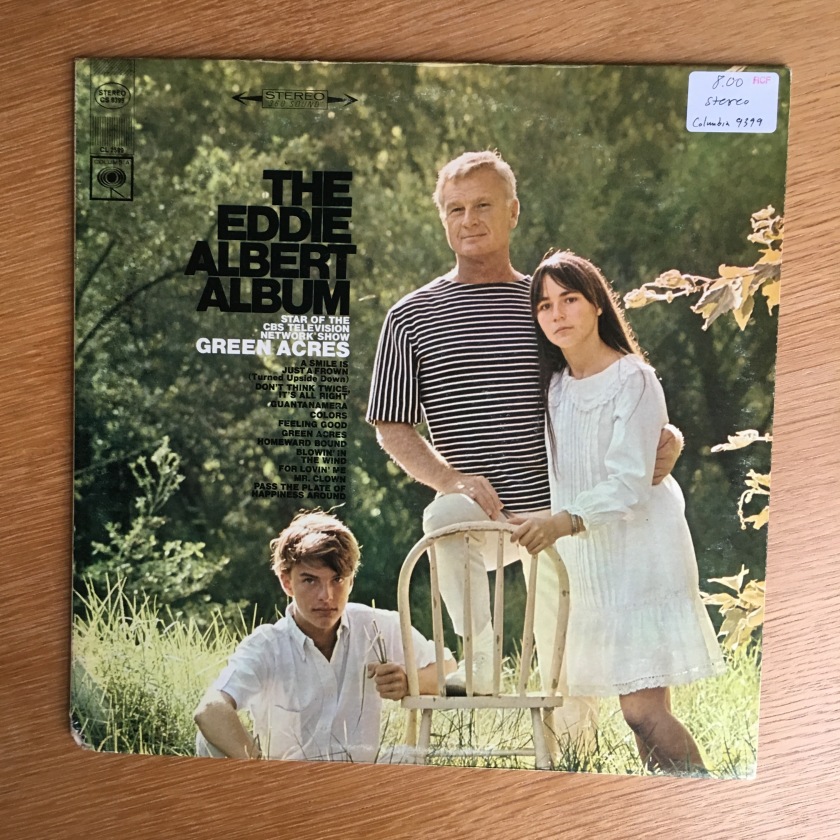 CBS was on a roll with “rural” comedies in the 60s.  The success of The Beverly Hillbillies led to a dozen similar shows featuring the rural mindset triumphing over the more complicated urban one.  Green Acres was one of the more successful ones, it frequently was in the top 10 ratings for most of its six year run.  That kind of success allowed stars Eva Gabor and Eddie Albert all kinds of outside projects, and this album was one of them. 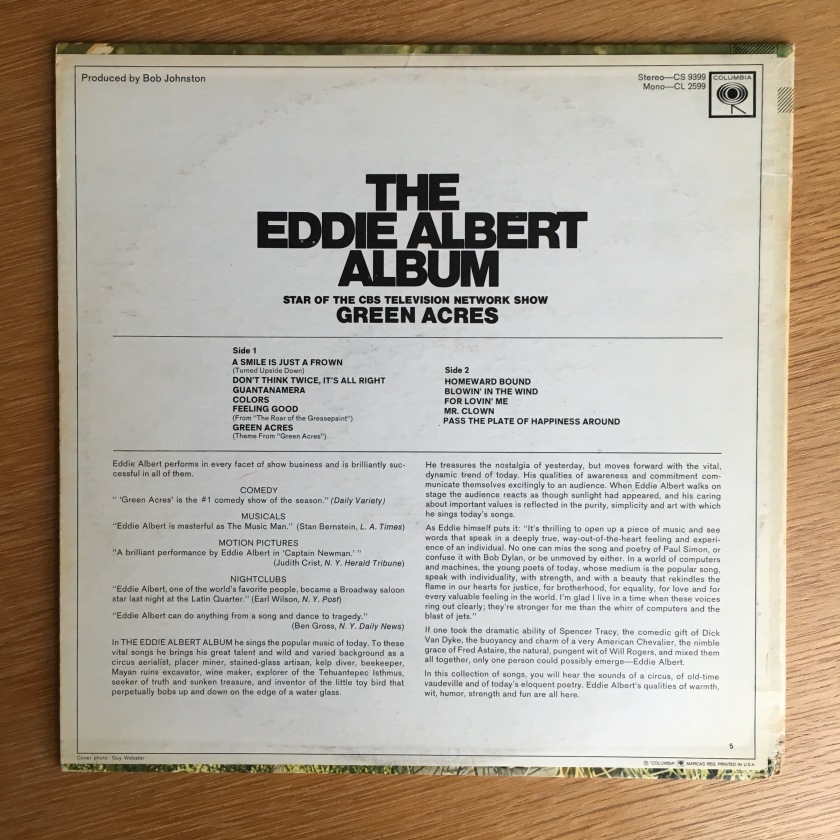 You wouldn’t know from his acting roles that Eddie Albert fancied himself a double if not a triple threat.  The liner notes on his album talk about his success on the nightclub circuit, but I’m convinced that this album wouldn’t exist without him having a top 10 TV show.  With Green Acres airing on CBS, it was a natural for Columbia Records to release The Eddie Albert Album.  The disclaimer that blares on every side of the record that this is the star of Green Acres kA’s sure to capitalize on the sudden star fame of the singer. 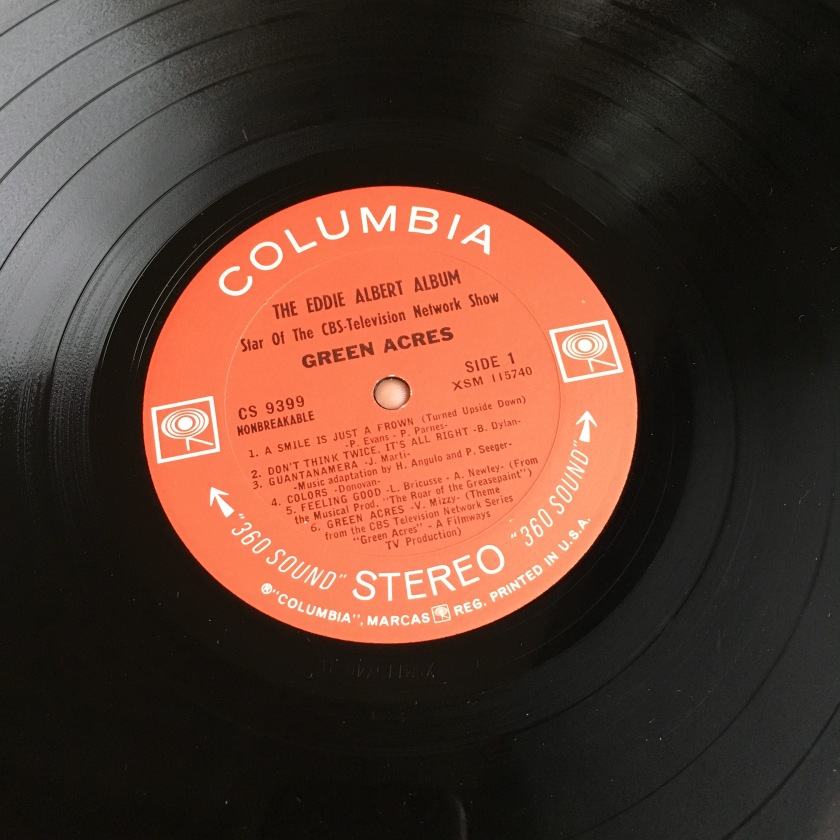 It’s odd then that he chose the hits of the day to record.   I faulted Lorne Greene for boring me to death with western tales, but it’s perhaps even meaner for Eddie Albert to torture me with Don’t Think Twice, It’s Alright.  Yes, he can sing, but it’s a real departure from Green Acres, and fans of the show would not like this record.  Even the theme song is re-recorded in a less hayseed style, as if Albert is trying to sell the show to a different audience than the one that watched the show.