I think the real reason that The Eagles kept reuniting was because they found being solo artists to be too stressful.  At least, that’s the impression I get from Don Henley and the making of this album.  Henley had fights with the record company over every aspect of the record and it would be five years before he returned to recording.  Drama aside, it’s a really good 80s album and I was really glad to get it for $1. 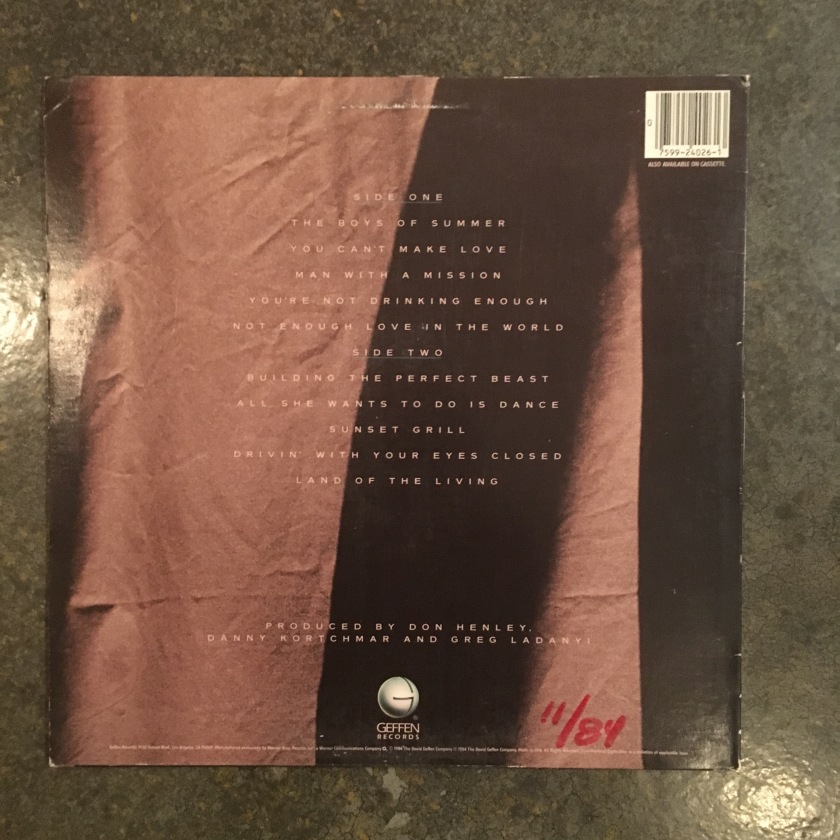 The gold leaf stamp on the top of the front cover means that Geffen gave this record away as a promo.  It was most likely a radio station or music business executive that would get this album for free in the hopes of it getting promoted by them.  Someone wrote 11/84 on the back cover which corresponds to the November 19, 1984 release date for the record.  The disclaimer says that that this record was only being lent to the recipient and can be demanded back at any time.  33 years on, I’m prepared to do that if they really do want it back, but I’d want to see some ID first. 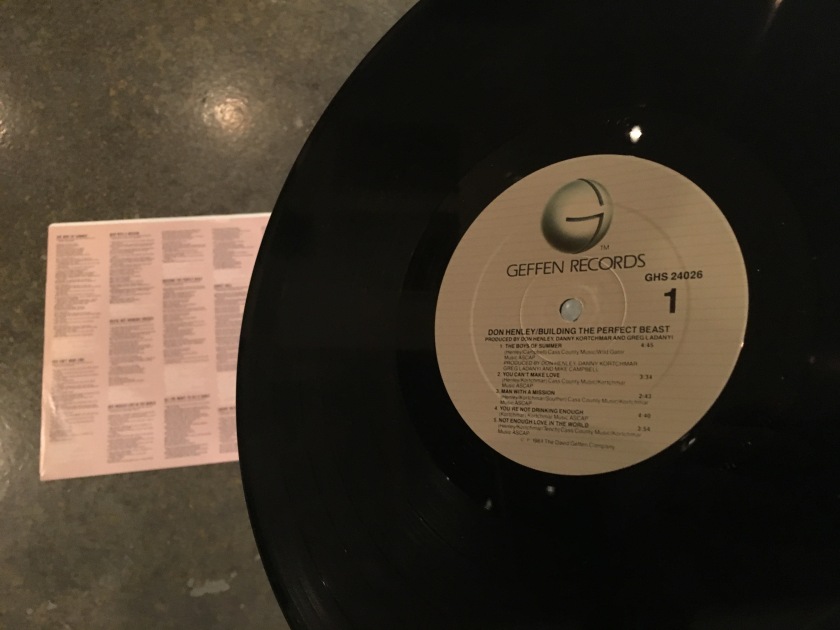 Collectors like to buy promo records on the assumption that they were only handled rarely and then by professionals.  A radio station would professionally tape the tracks they wanted to broadcast and create tape loops in special cartridges to use on air.  I don’t necessarily search out promos, in fact I prefer generally release records.  Geffen took the easy way out and just stamped their promo disclaimer on the jacket of a regular record.  Other companies, especially in the 50s and 60s created special promo labels for their giveaways and they can be worth twice what a standard release is.