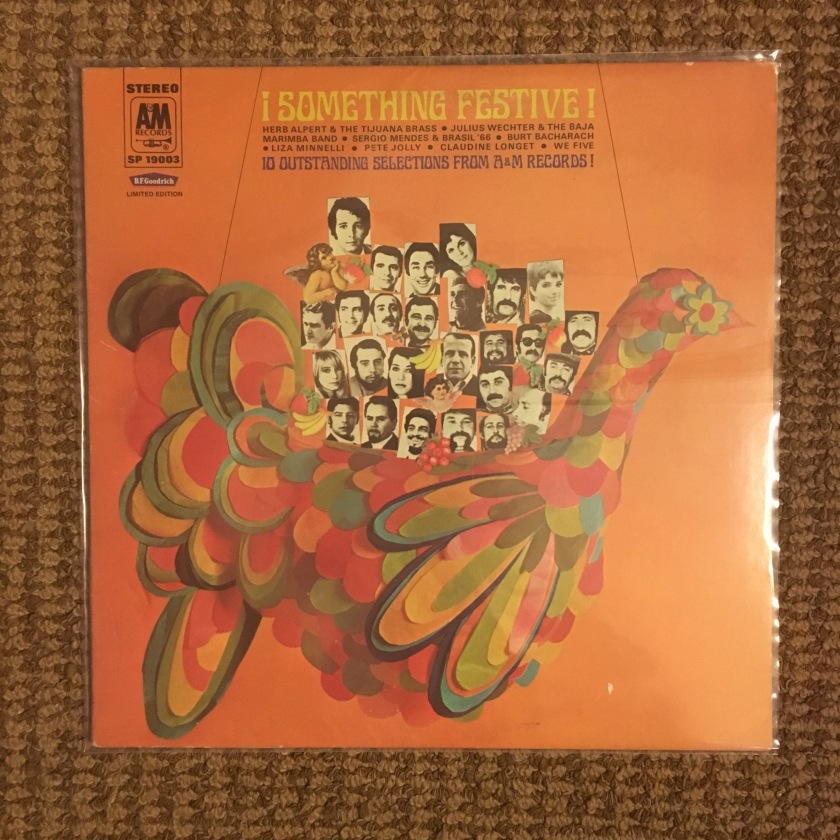 Corporate tie-ins and Christmas giveaways go hand in hand.  They don’t always result in something actually worth getting.  Every thrift store record bin has a vast selection of 1960s various artists “free with any purchase” Christmas albums.  There’s always a cut from Mahalia Jackson, because she didn’t rock the boat too much on Civil Rights, usually something from Julie Andrews, because she never had a major recording contract to provide interference with, and then a random assortment of the D-List of whatever label put together the package. 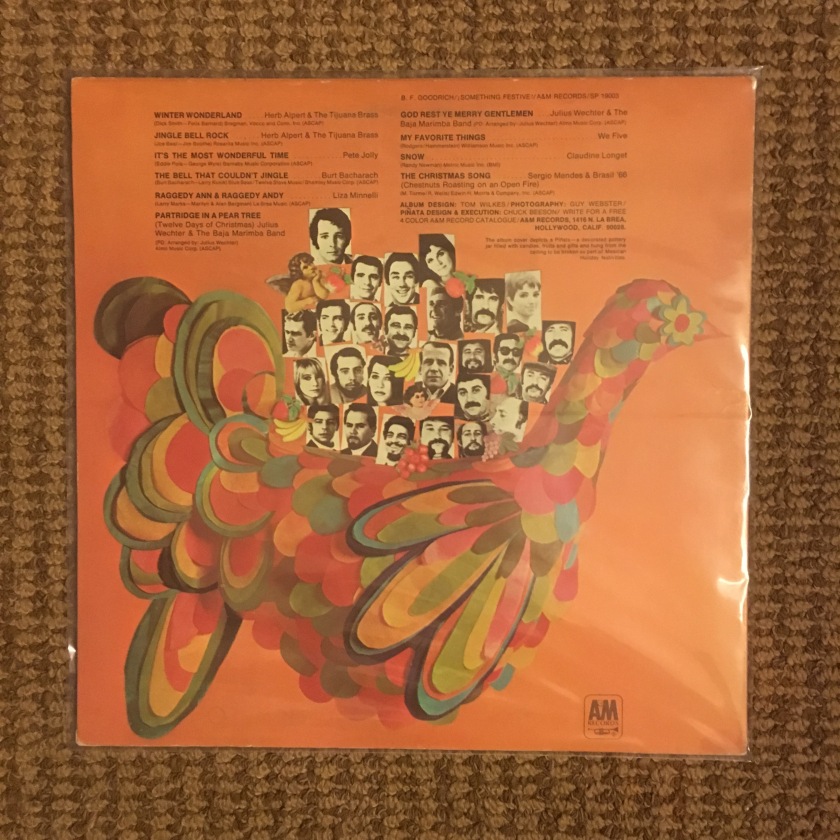 This 1968 package, distributed through BF Goodrich tire stores, stand out from the bunch.  Not only is it actually fairly decent to listen to, but the artists involved rival any compilation album I’ve ever seen.  Goodyear for years (!) sold tires that came with a free Christmas record.  BF Goodrich, late to the game, turned to A&M to come up with a rival product that they could give away too.  Being a mid-sized independent, their artist roster wasn’t full of the kind of “talent” that a major label like Columbia could afford to keep on staff in the hope that they could sell some records.  A&M had to produce hits to survive, and it’s reflected in this record. 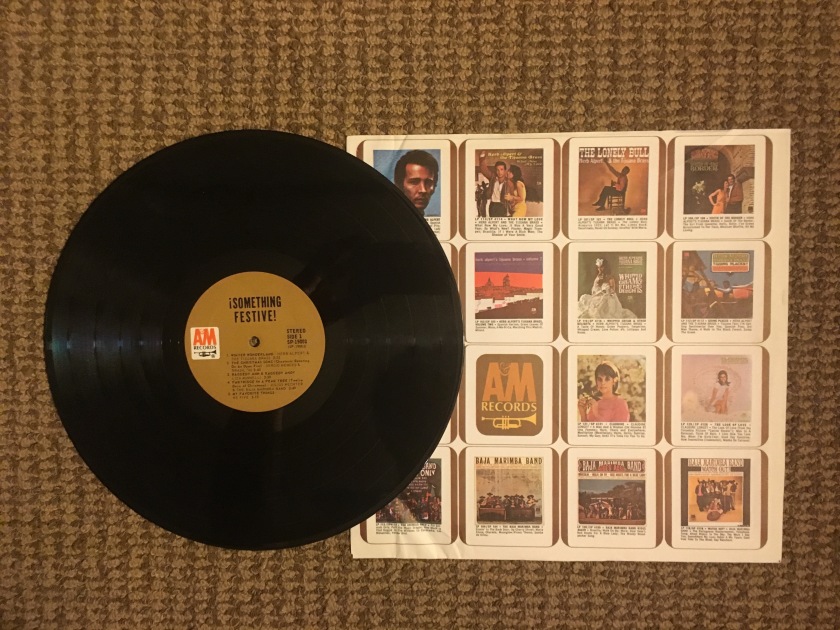 Even the non-household names stand out.  Liza Minelli was just about to burst out on her own as a cabaret performer, Burt Bacharach was trying to kick start a recording career after writing some of the biggest hits of the 60s, and Claudine Longet was happily married to Andy Williams and six years from killing her younger lover in a bizarre shooting incident.  Anyway, this is one Christmas record I listen to year round.  It’s really quite amazing how it all came together, and I would consider this a must find cheap record. 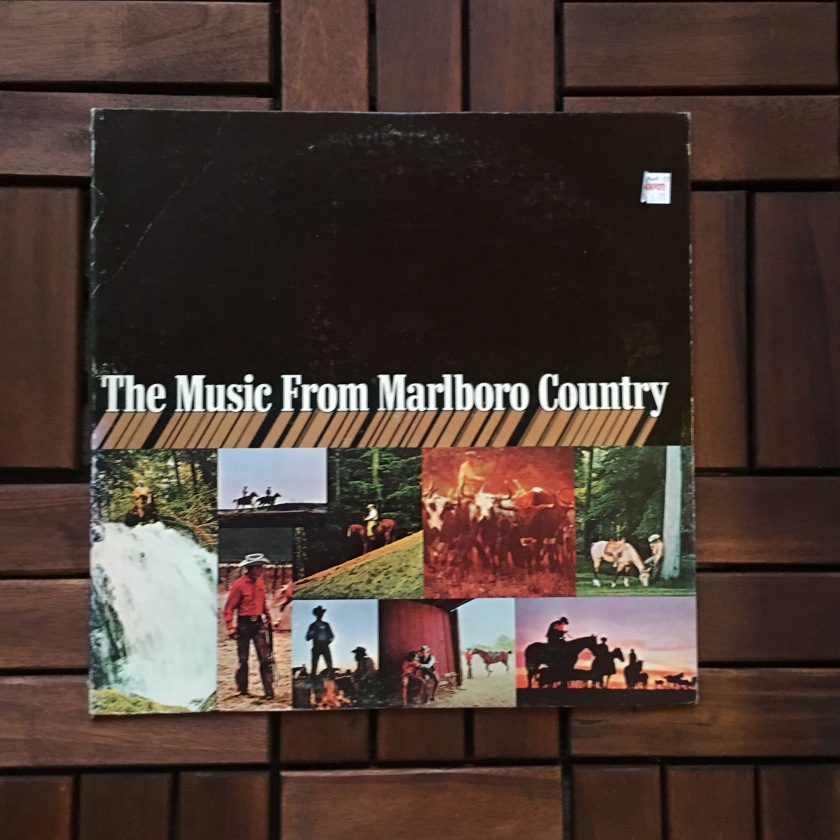 I’ve seen old ads for Marlboro, from the era when it was considered a women’s cigarette.  I’m not sure when the big switch happened, but this album certainly came out in the era of The Marlboro Man. 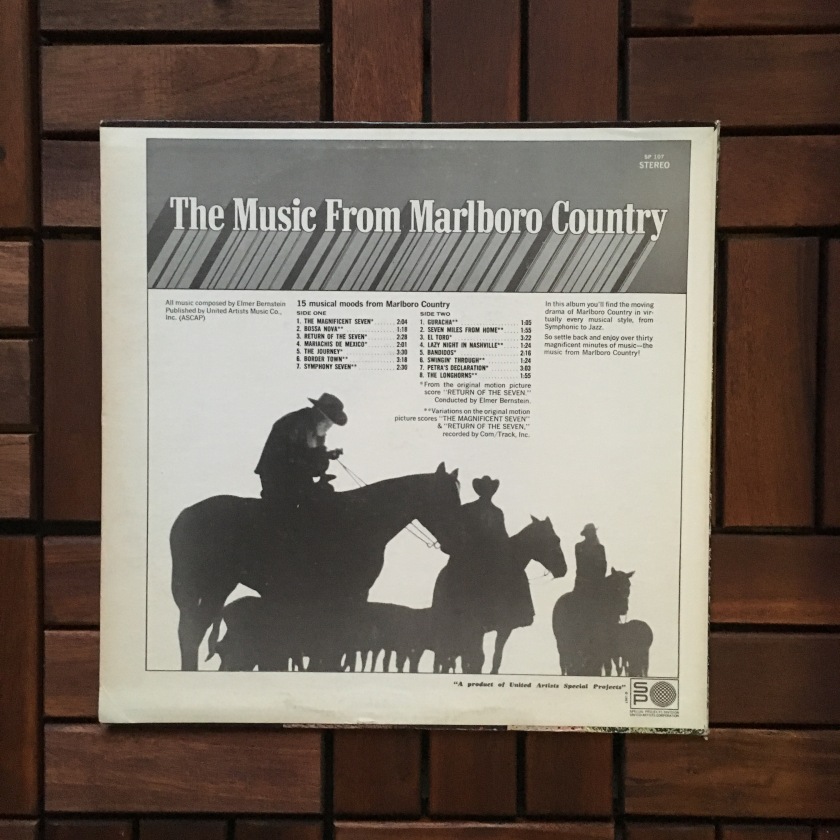 It’s really nothing more than several variations of the theme from The Magnificent Seven.  Was that the background music for their TV ads?  I’m thankfully too young to really know, and I don’t care enough to look it up.  But I could certainly see a smoking cowboy riding across the plains to it.  Perhaps not the Bossa Nova version, but still. 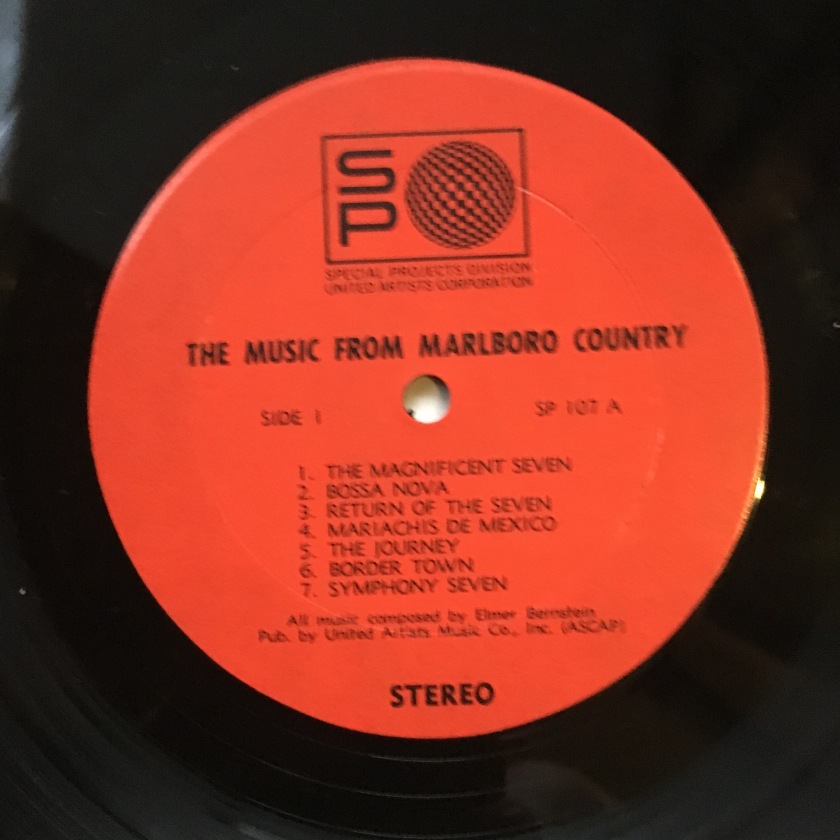 I love corporate give away records.  Just smoke a carton or two of Marlboro and give the company your personal information, and you get a record that you’d probably never listen to!  They turn up in flea markets and Goodwill bins, usually in very good shape, because, really.  It’s the kind of record from a bygone era that people love to hear now and unleash their inner Don Draper.