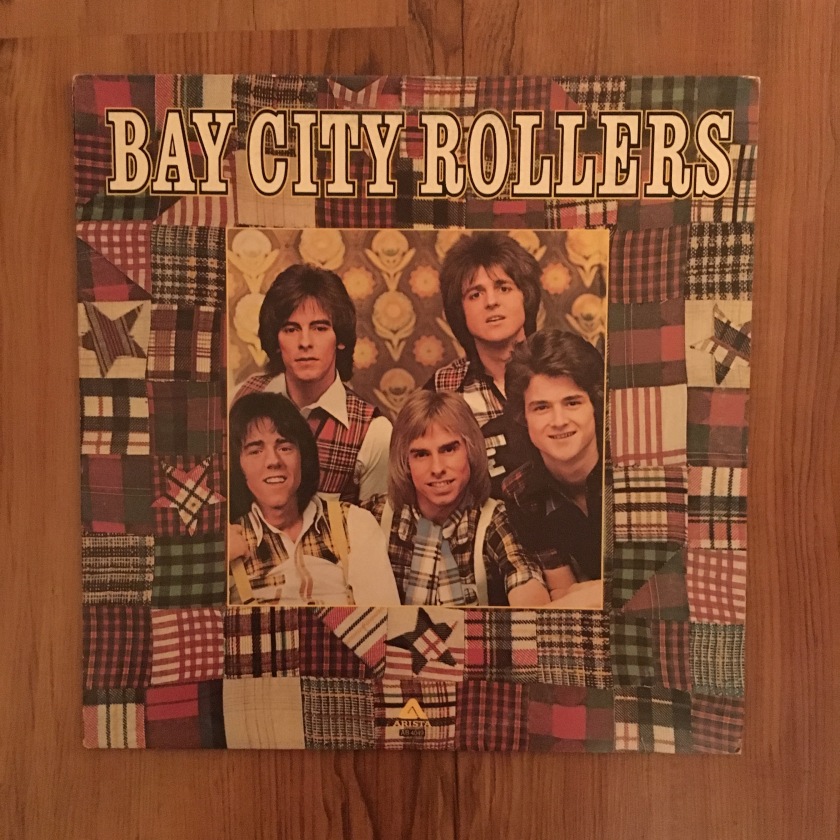 I have another fad group from the 70s for everyone today, The Bay City Rollers.  Not exactly known today for a positive contribution to the recording arts, they still managed to sell millions of records around the world and drew a mania from young girls that was compared to that of The Beatles.  The United States was the one developed country in the world that was partially immune to Rollermania, probably because we had enough Osmonds around to re-record golden hits of other people and try to sell them.  Still this album did sell a million in the USA, and sent one single to #1, the UK flop Saturday Night. 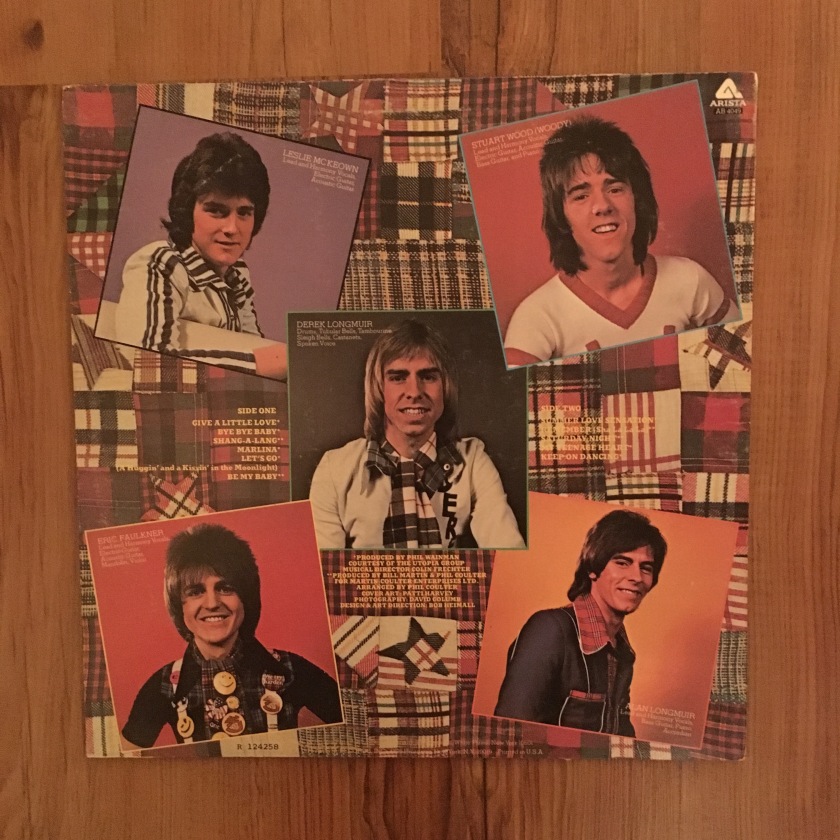 The cover has the prerequisite glossy photos of each roller and the whole album is covered in the group’s trademark Scottish tartan plaid.  This is considered to be the “classic lineup” of the group, there were many personnel changes before and after this record came out.  I do remember seeing one interview with them on American TV when I was about 9-10 years old, and their Scottish accents were so strong that it was hard to know what they were talking about.  Did that have something to do with their limited appeal in the US? 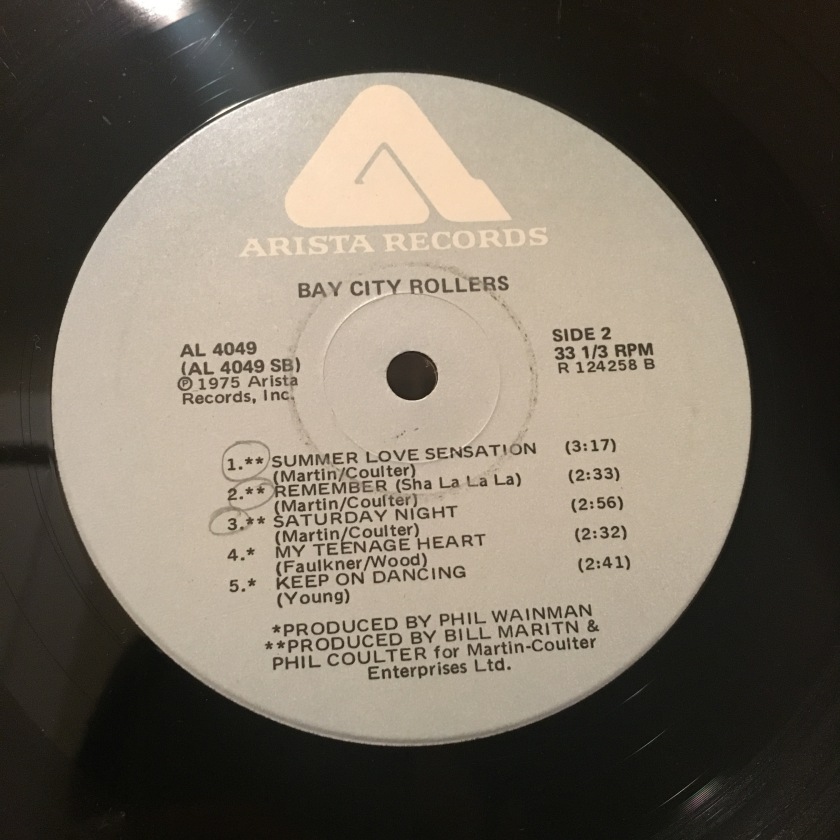 Arista went all out for the band’s first US release. This would have been a greatest hits package in the UK with most of the selections being their biggest singles from 1973-75.   The remake of The 4 Seasons’ Bye Bye Baby (Baby Bye Bye) was the biggest selling UK single of 1975.  But they didn’t really take off here like they did worldwide.  By 1977 their career was as dead as could be, and the fad of The Bay City Rollers was over. 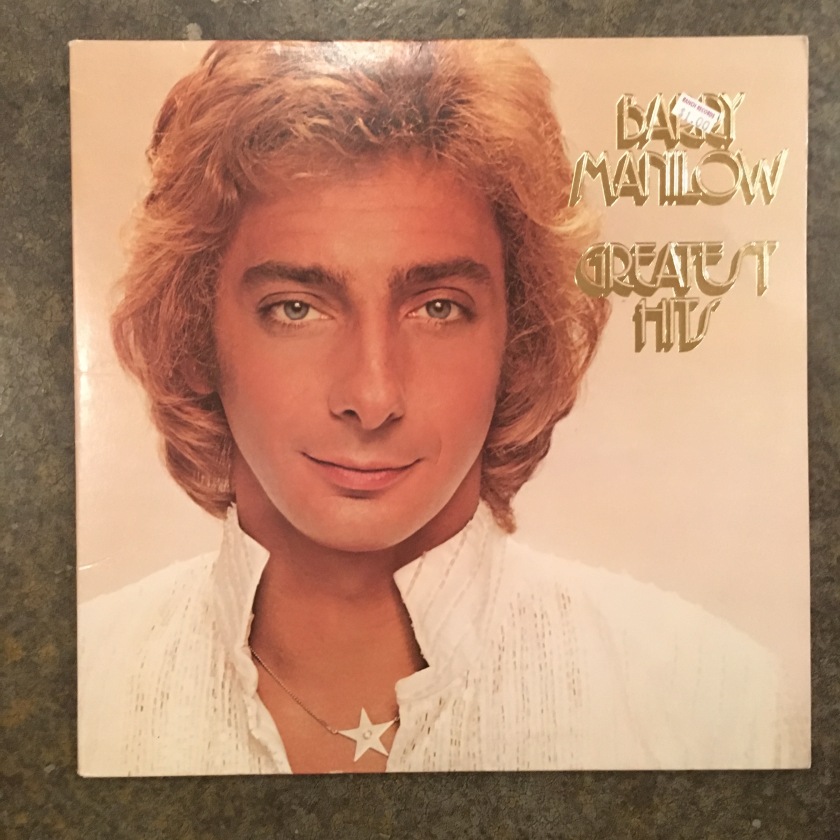 I don’t really collect greatest hits albums.  My goal isn’t to build a music collection, but rather to find the most interesting original albums I can.  Mostly they’re the sort of records that would be virtually impossible to find in any other formats. 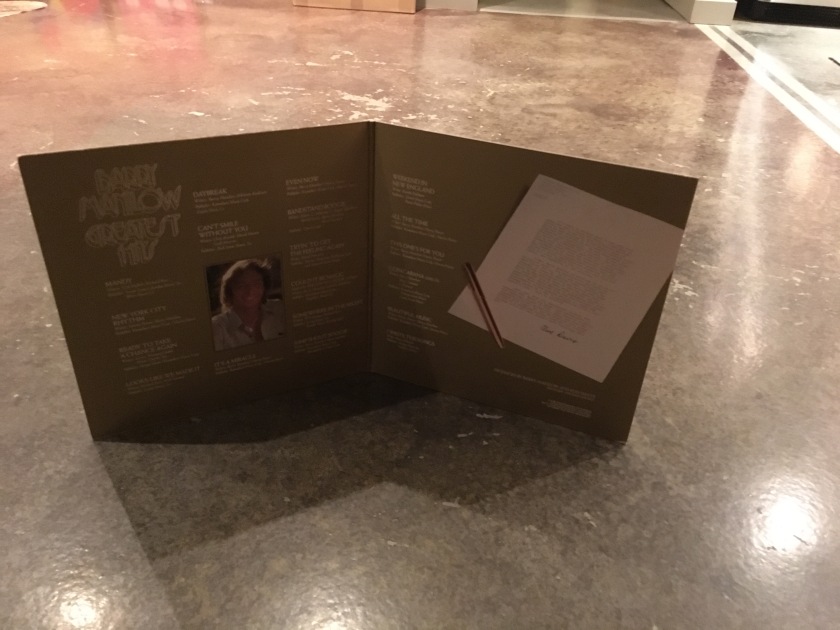 But when I found this $1 copy of the first greatest hits package from Barry Manilow, complete with personal liner note from Clive Davis, I rolled my eyes and went for it.  It’s a gatefold cover, double album, and all the great 70s hits are there. 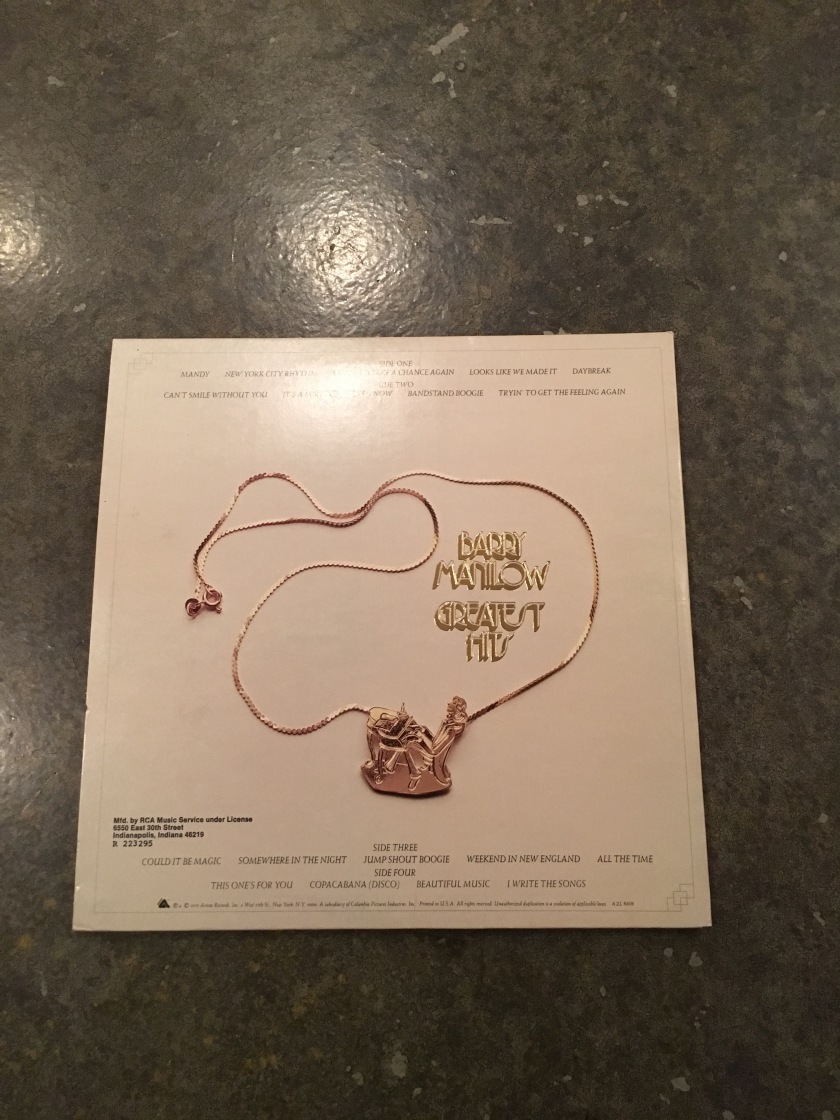 Growing up with this music I hope gets me a hall pass on keeping this on a shelf.  Even the occasional spin of Copacabana will probably be ok.  Wearing the gold chain, though would be a definite no-no.