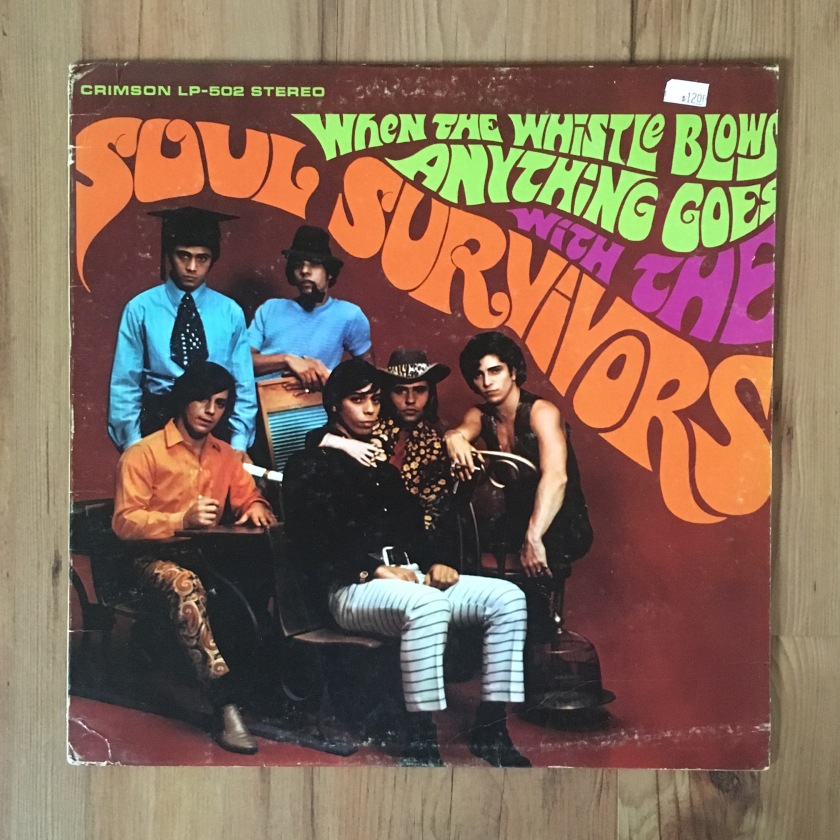 The Soul Survivors, When The Whistle Blows Anything Goes, Crimson CR-502, 1967

For record #365, I’ve chosen a semi-rare album from a semi-on hit wonder.  The Soul Survivors were a New York band fronted by a pair of brothers, Charles and Richard Ingui.  According to the liner notes on their one Crimson release, on March 19, 1966 two cars had an accident on the New Jersey Turnpike.  Both were bands on their way to gigs, and they decided to form a Soul band together.  Clever as they were, The Soul Survivors were born.

Frankly, the charts in the Spring of 1966 were dominated by two records, The Righteous Brothers (You’re My) Soul & Inspiration, and The Young Rascals Good Lovin’.  This album sounds like it was performed by both of those groups.  The #4 smash Expressway To Your Heart is absolutely the best Rascals song not performed by The Rascals.  They do a note for note cover of The Rascals cover of The Marvelttes’ Too Many Fish In The Sea.  The Album closes with The Rydle, a/k/a I Gave My Love A Cherry, done with a clear nod to the the Righteous way Bobby Hatfield sang standards like Unchained Melody and Ebb Tide. 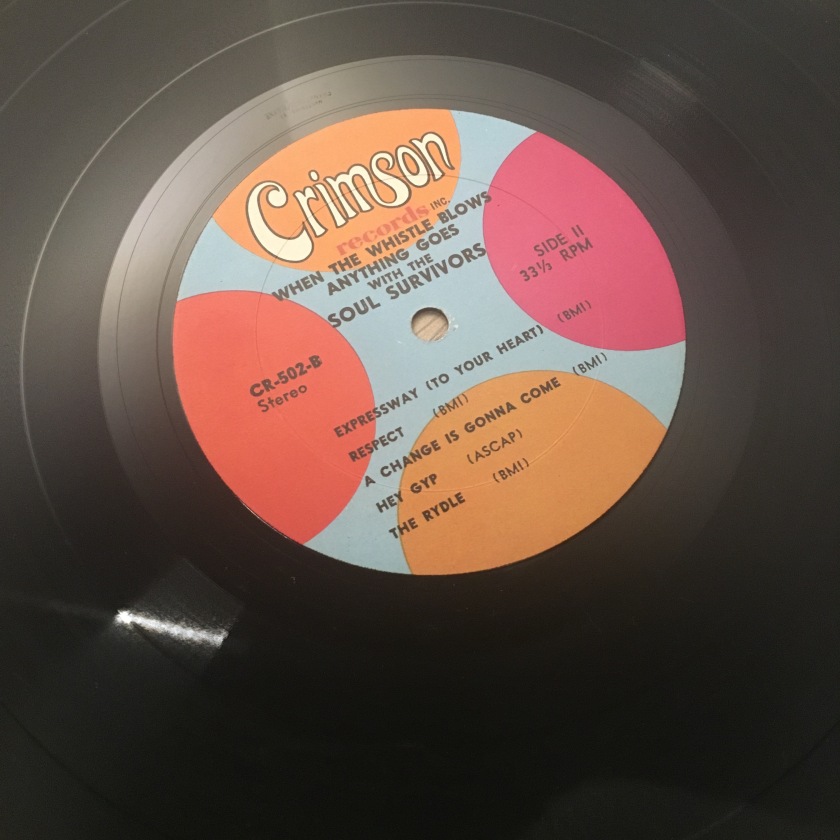 Crimson is also a one hit wonder of sorts.  This record represents half of their entire output as a label, with Crimson 501 being a bizarre DJ concept album with no artist or song credits that was designed as a quiz for people curious enough to buy.  Needless to say, this was the only Crimson album to chart.  Despite the bizarre Philadelphia based company background,  The Soul Survivors project was the first hit for the production team of Kenny Gamble and Leon Huff.  They went on to start Philadelphia International Records which surpassed Motown as the premiere creative Black label in the 70s.  Not a bad way to end a blog…