Hard as it is to imagine considering her superstar statue, Diana Ross’ solo career was fairly disjointed.  Yes, there were #1 hits every so often, but there never was a remarkable ground breaking record until this one.  That I was able to find a really great copy of it for $2 is not a testament to how good it is, but because it sold millions of copies and, well, people don’t like to move with albums. 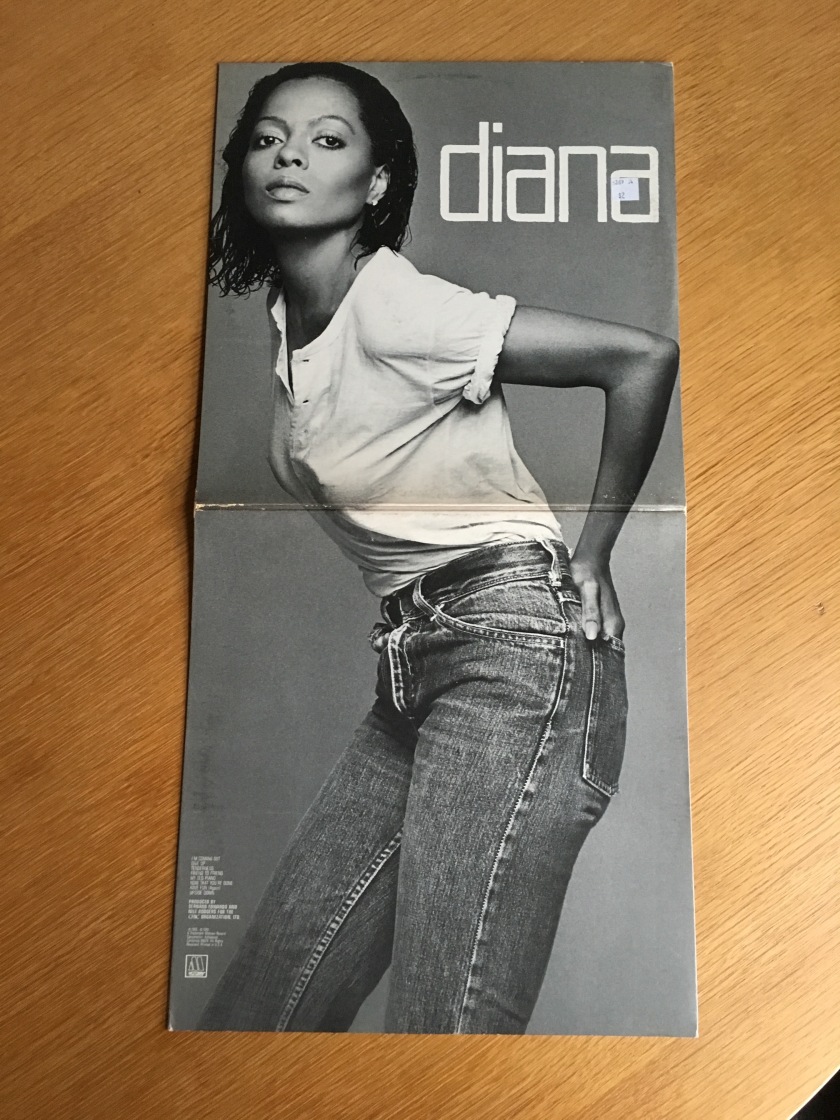 The legend goes that Ms. Ross was hanging out at Studio 54 one night and heard (and met) producers Nile Rodgers and Bernard Edwards.  Their group Chic blended funk and soul in a very clean modern way.  Ross, knowing a good thing when she heard it, asked Rodgers and Edwards to produce her next album.  She told them she wanted to turn her career upside down, and come out with a whole new sound.

Rodgers and Edwards responded with amazing material, that Motown hated.  Their own producer sat down with Ross and stripped most of the disco sounding guitar riffs and sped up the playback speed of the tracks before releasing it.  Rodgers and Edwards sued of course, but the public didn’t care.  The backstage drama still produced Diana Ross’ biggest album.