I had never heard of Mavis Rivers before finding this record.  While she is listed in my trusty Goldmine Record Album Price Guide, this record isn’t.  None of that matters though, it’s just a good old record that cost very little money that’ll be fun to listen to a few times a year.  Which is why I love looking for old records.

Mavis was Samoan, and she entertained troops there as a young girl during World War Two.  Her family moved to New Zealand, and she quickly conquered the tiny jazz scene of the North Island before moving to the United States to study music at Brigham Young University.  Conquering the Samoan Jazz community of Utah led to recording contracts with Vee-Jay and Capitol Records.  She had a pretty great voice too, sounding almost like Ella Fitzgerald’s cousin. 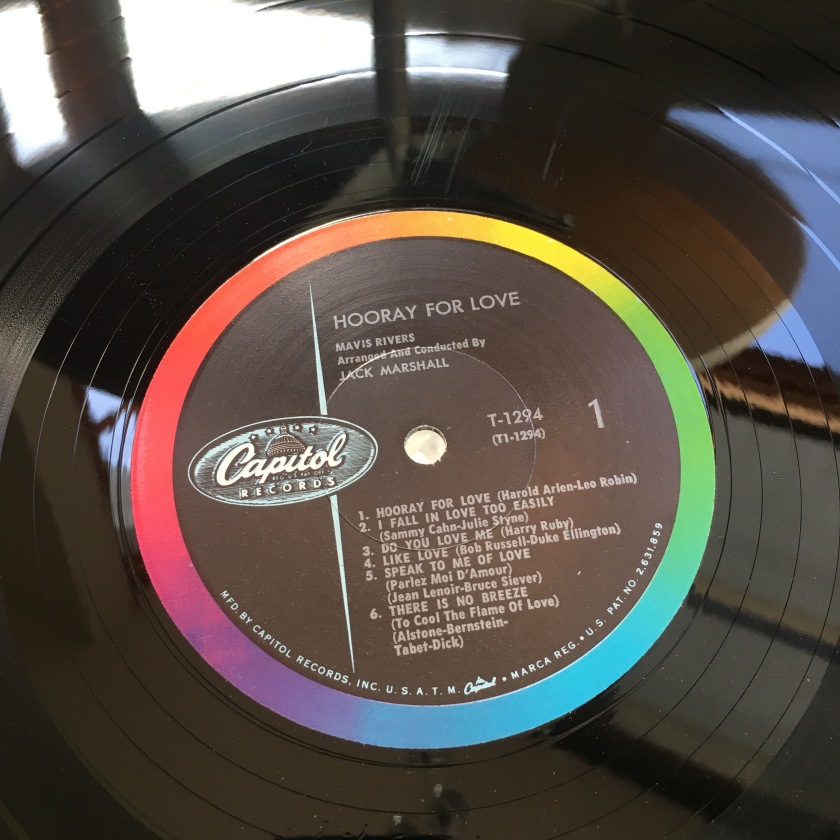 But as I said, it’s records like this that keep me flipping though stacks of dusty old records.    The cover is tailor made for a Valentine’s Day, and the songs are all love themed.  This record is on iTunes for $9.99, but give me the $2 vinyl copy anytime.