Sure, Frankie Avalon was a hot property in 1959.  Elvis was in the army, and the record business needed a new “it” boy in a hurry.  And who could be more wholesome for the country (or under contract already to some sketchy producers) than he?

So, in the wake of his huge #1 hit Venus, Chancellor Records went all out and produced this very expensive looking gatefold cover of Frankie singing some pop tunes in the style of a young Frank Sinatra.  It’s an impressive package, and the record isn’t half bad either. 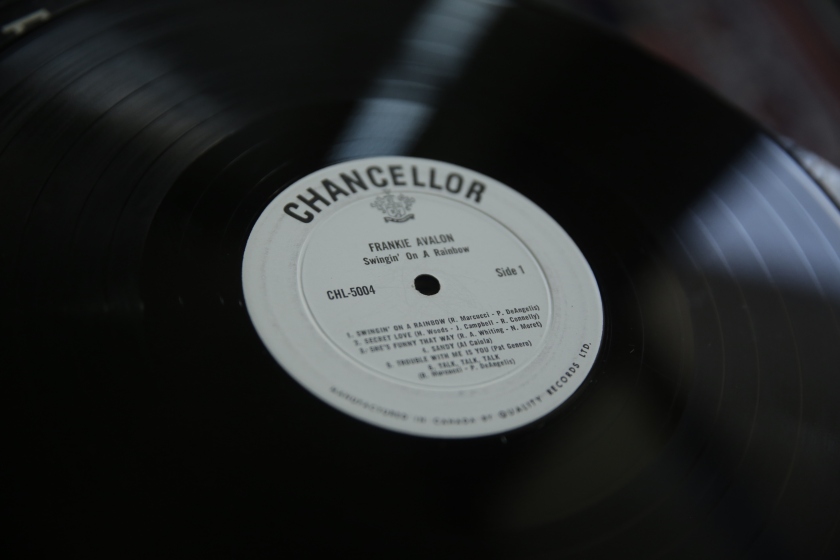 And it sold!  Reaching #9 in the era when ingles defined pop success, this record tried to expand the teen idol into a new market.  Unfortunately, Bobby Darin filled that spot with his amazing Mack The Knife while this record was still o the charts.  Still, Avalon probably was the best selling artist of 1959, even though his music was pretty much immediately dismissed and his artistic credibility destroyed by some horrific films with Annette Funicello.  But, it wasn’t until The Beatles released Sgt. Pepper’s Lonely Hearts Club Band that another non-broadway or soundtrack album hit the top 10 without a hit single.