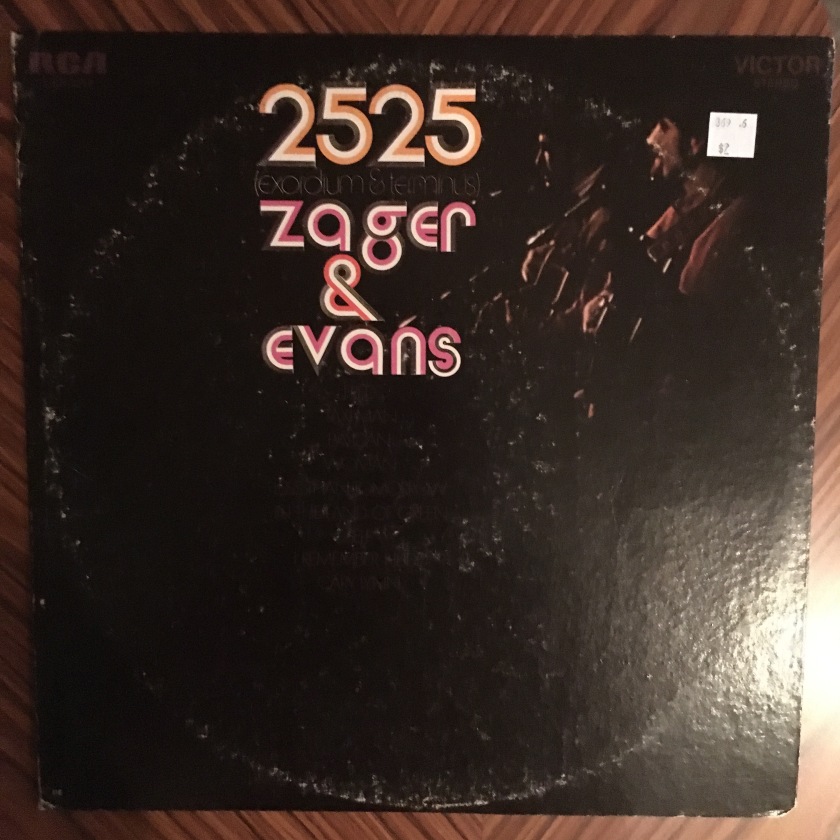 Sometimes news headlines can affect the pop charts.  Apollo 11 was landing on the moon, and the age of Aquarius was upon us.  This odd little folk record from an obscure little duo came along to capture the vibration of the moment and a worldwide number one was born. 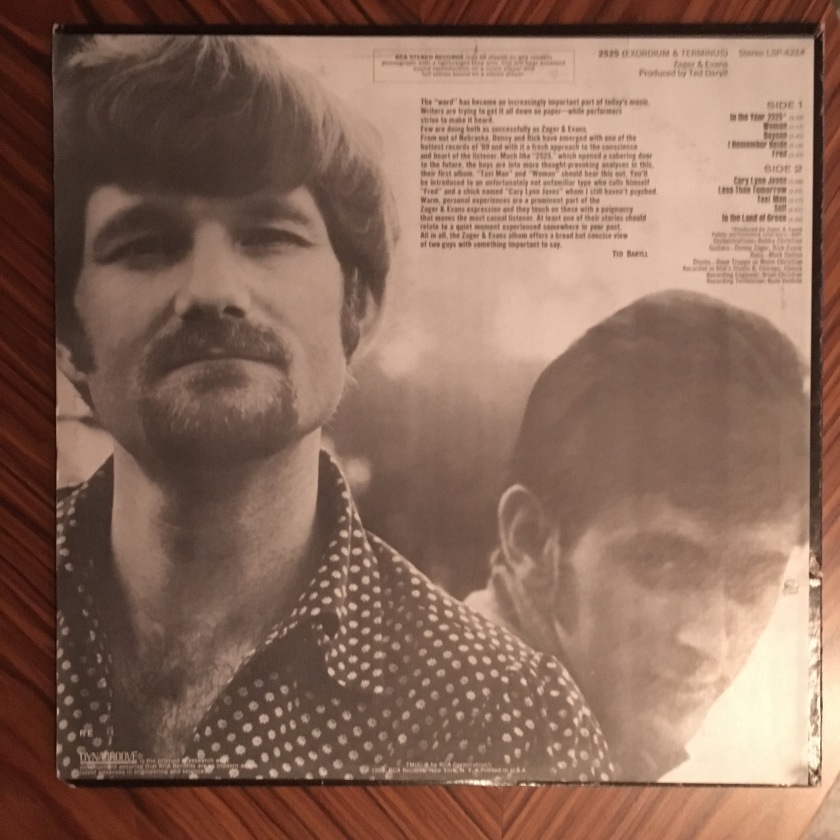 It tells of a future world in 1010 year increments where things like test tube babies will happen.  It’s sort of funny now, but with men on the moon for the first time, who wasn’t wondering what else was gong to happen?  Zager & Evans were billed as “two guys with something important to say”.  Once they said it though, that was kind of it.  They hold the record for being the only act to hit number one on both sides of the Atlantic, and then never have another chart hit.

Listening to the rest of the album, you can kind of hear why.  It’s just not exciting or special in any way.  Yeah, they can sing, but it’s just so “meh”.  Still, the hit is good, and I got a mint 1969 RCA inner sleeve.