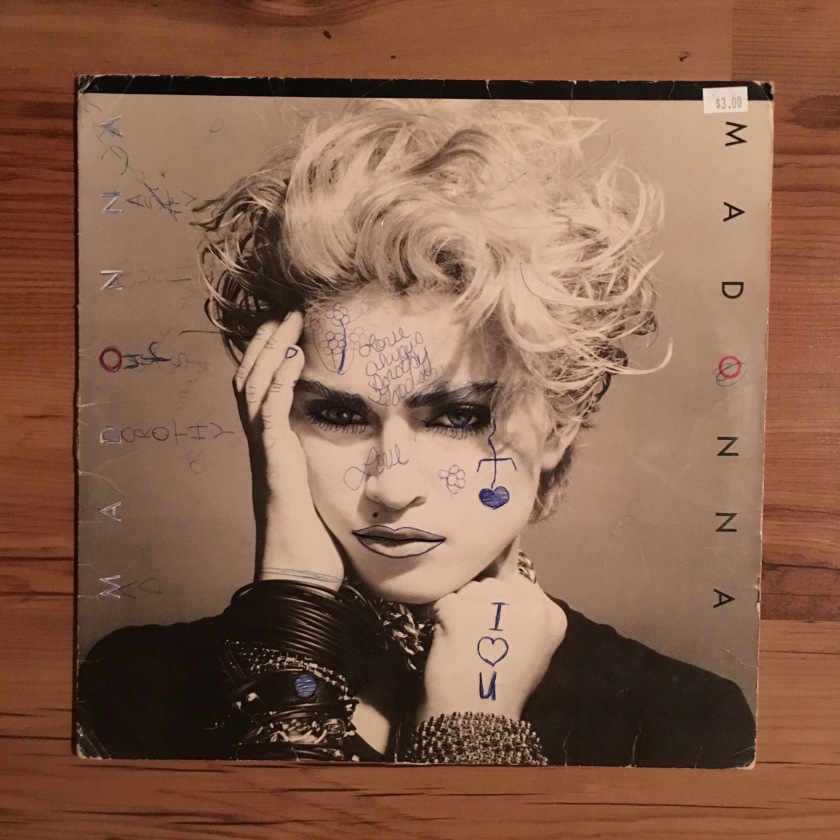 I was thanking my Lucky Star(s) when I found this record.  Madonna albums are as cherished to their original buyers as Beatles albums are to theirs.  And it is clear to me that Dorothy Goodson really loved this record. 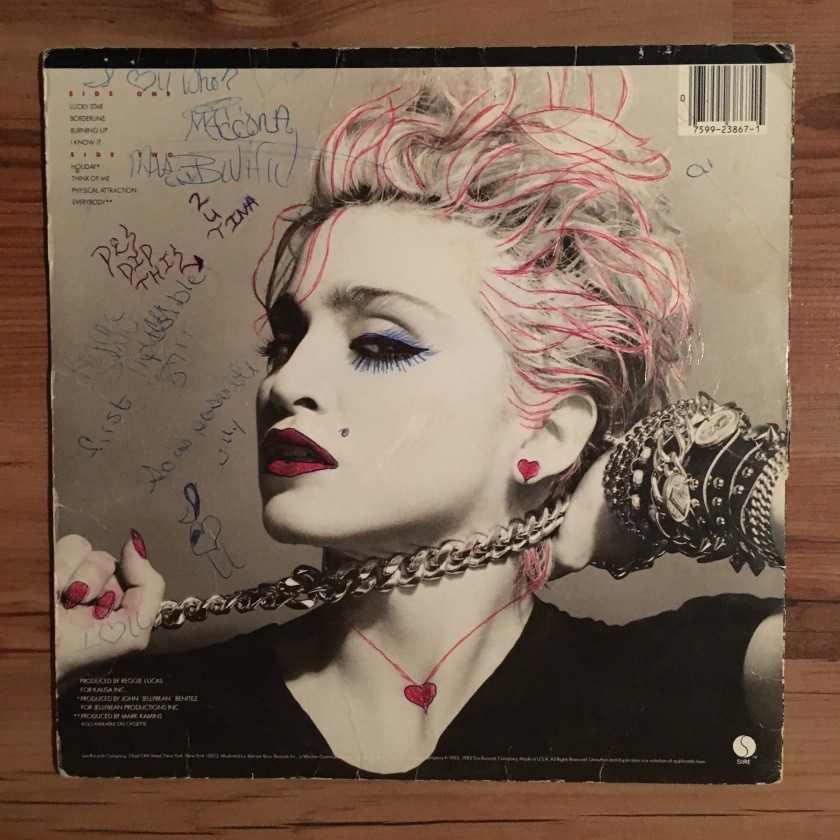 Maybe a little too much!  While I find the hair, make up and jewelry additions on the back cover more than the understated tattoos and lip liner on the front cover, I’m not sure Madonna would agree.  Additions aside, buying a record like this is always a crap shoot quality-wise.  The probability that Dorothy Goodson was a serious audiophile is remote, although maybe she was a 16 year old in the house of one. 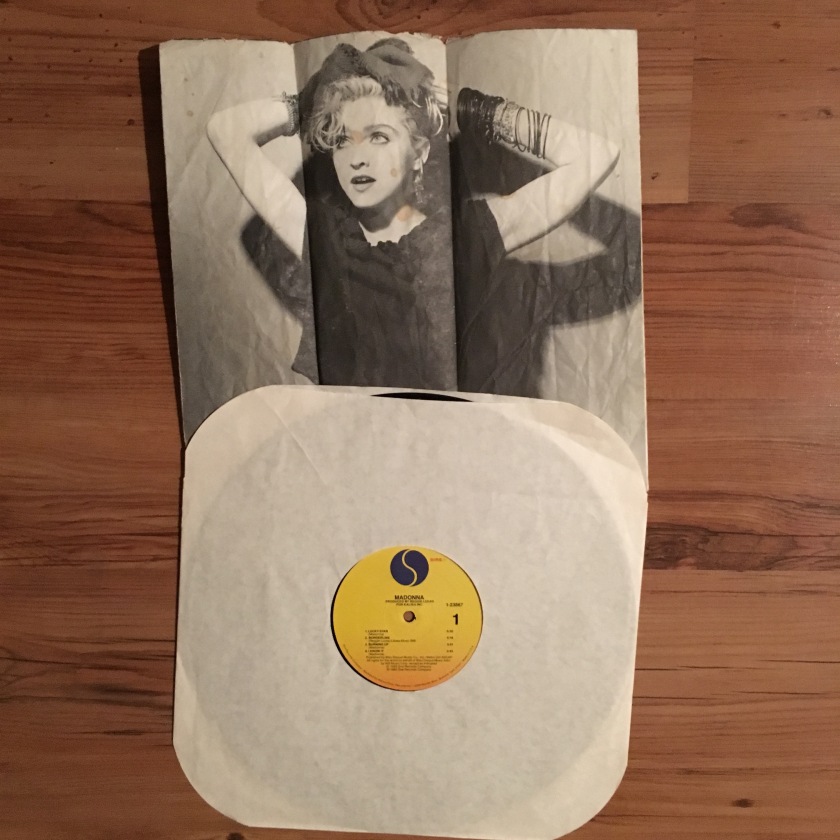 But no, my small hopes were dashed.  Despite the original inner sleeve being strangely folded in thirds and tucked inside the cover, and the record appearing shiny and new (!), it plays like a teenaged girl left it on her playskool record player until she got Like A Virgin for Christmas 1984.  Since I’ve never owned a copy of this album though, this one will be a keeper until a better one comes along.