I love Julie London records.  She never sold too many records, yet Liberty cranked out 2-3 a year for close to 15 years.  You just know that Don & Megan Draper had a few of them in their record collection.  This is music for the 3 Martini Lunch crowd, and the men who bought these records knew what kind of woman they wanted to listen to.

The kind that possibly wear nothing on their front cover, which is confirmed by a sketch of her on the back cover wearing nothing but a trench coat.  The songs back up the artwork.  Julie uses her sultry low voice to declare that she must have that man, points out how good she is for her baby, and pleads for said baby to come home.  Unbelievably, there’s a song with the title Tain’t What You Do.

Liberty released 31 albums in 14 years by Julie London.  Collecting them all would be a real feat considering only six of them charted.  That won’t stop me from trying!

Ciao is the universal Italian word.  Italians use it to say hello or goodbye.  In this case, Chancellor Records was saying goodbye to Frankie Avalon.  There were three other Avalon releases on the label, but one was a Christmas Album, one was a greatest hits record, and one featured older, unreleased material.  By late 1962, Avalon left the label to work on film projects such as the non-Oscar nominated Beach Blanket Bingo and Muscle Beach Party.

However, for a sugary sweet teen idol who was getting a little lungo in the denti, this is a fairly enjoyable album.  It wasn’t exactly a terrible idea to re-reocrd Italian Pop standards given Bobby Rydell’s success with Volare and Elvis Presley’s reworking of O Sole Mio into It’s Now Or Never, and Torna A Surriento into Surrender.  The songs have a Bobby Darin feel too, with a thumping bass and rhythm track underneath harpsichord and mandolin leads. 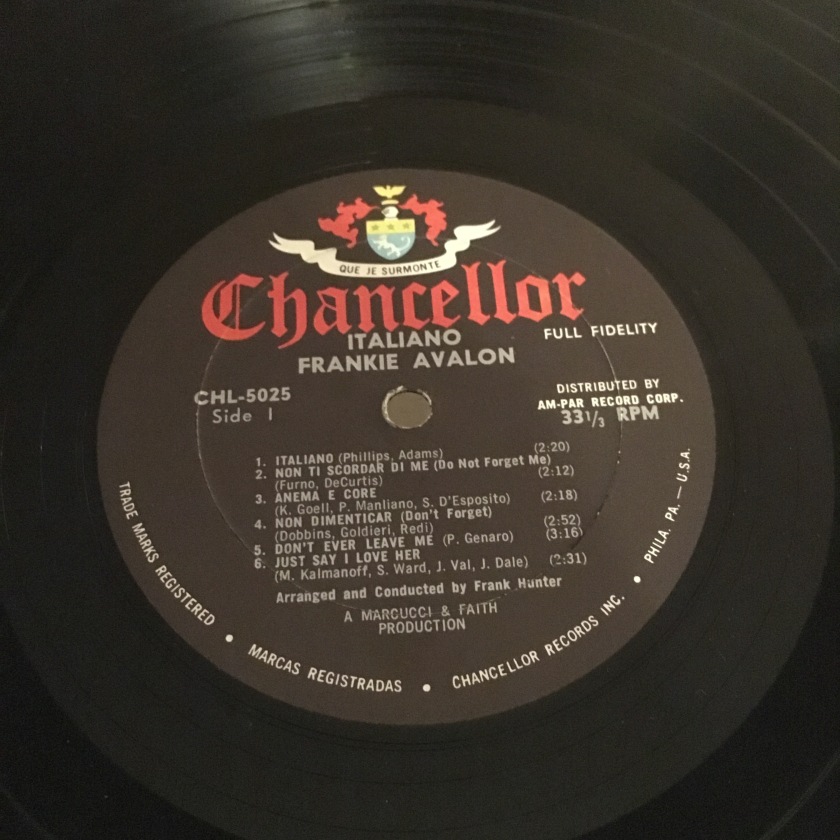 With the loss of its biggest seller, Mr. Avalon, at the same time as its second biggest seller, Fabian, Chancellor Records was in trouble.  The label’s last top 10 hit came in the summer of 1962 with Claudine Clark’s Party Lights.  By 1965, the company was gone, and it would be decades until its original hits would be reissued.  As a result, fans of Frankie Avalon need to watch out and only by his Chancellor records (or his United Artist film soundtracks), lest they inadvertently wind up with a 1974 Belgian recording of Venus. 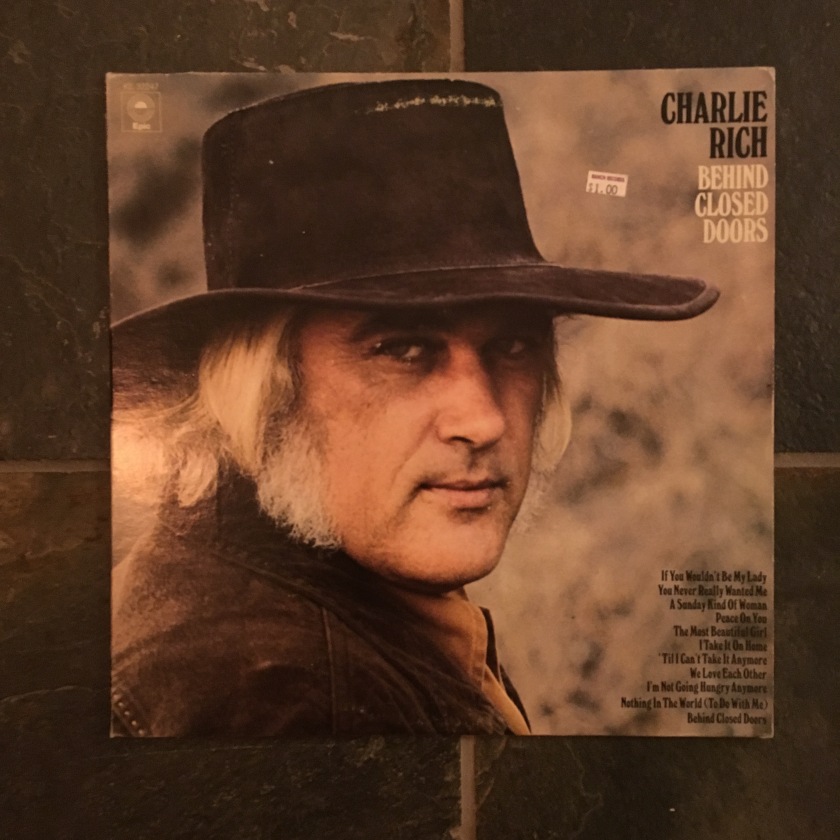 Charlie Rich was known as The Silver Fox, probably from the hair color that became his trademark from an early age.  He was also known for a very compelling body of work that he produced in a 30 year career in Rock & Roll, Country and Pop.  Unfortunately, in the music business, he was known as a cantankerous guy to deal with.  One of my favorite youtube videos to watch is of a drunk Charlie Rich announcing the 1975 Country Performer Of The Year Award.  He lights the announcement card on fire before he reads out the name John Denver to show his disgust. 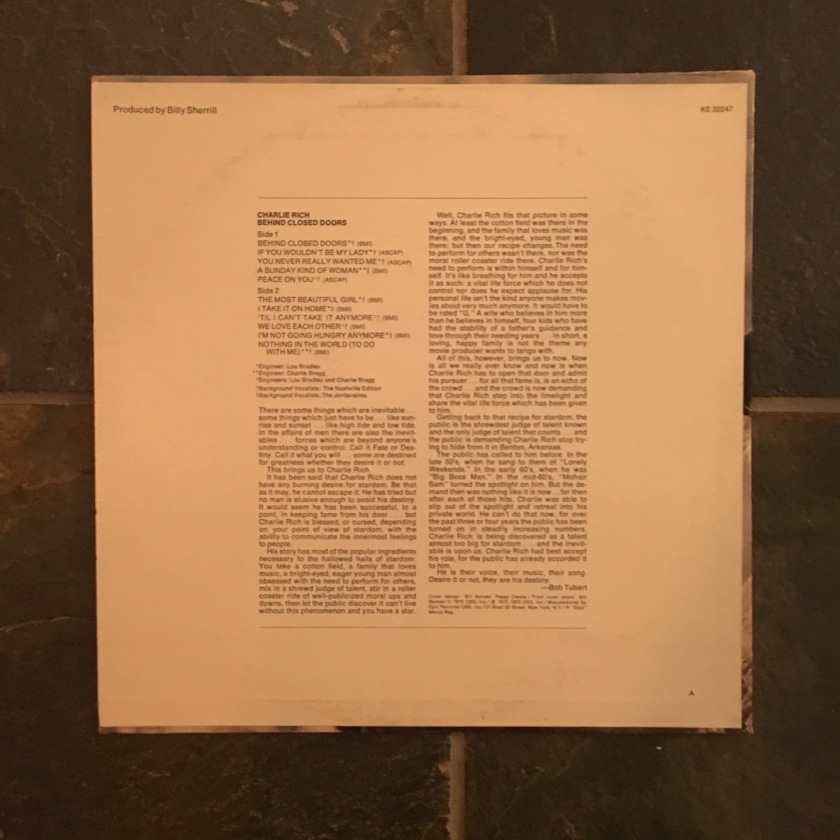 But he did make some amazing records.  This was by far his best selling one, but his early Rock & Roll records for Sun and (Sam) Phillips International are amazing.  I love is one off single for RCA of Nice & Easy, and his late 60s Hi Records releases are well regarded northern soul classics. 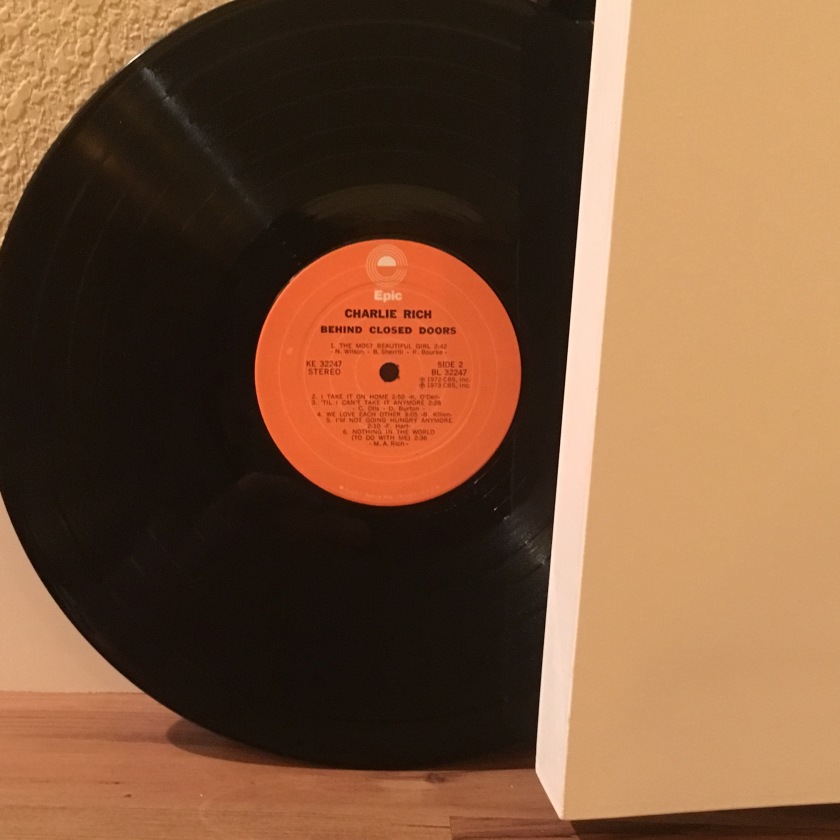 There’s more to this one too beyond the two huge hits.  It’s almost as if this is the great 70s album that Elvis never made (Charlie Rich got his Sun contract because he sounded a little like Elvis!).  This one is also worthy of a few spins a year.

Yes, Sonny and Cher made a movie.  Not a good movie, mind you, but a theoretically released motion picture.  Their co-star was the Oscar winning George Saunders, who you might remember from such films as All About Eve and Rebecca.  It was directed by Oscar winner William Friedken, the director of The French Connection and The Exorcist.  Directing Good Times may have been where he got the idea to use copies amounts of vomit.

But I’m not reviewing the movie (mainly because I’ve only ever seen clips of it).  It’s the record that I care about.  Acts like Sonny & Cher get to make movies because movies come with soundtrack albums.  And that’s generally where the profit margin is for a producer.  While this film lost money at the box office, the mediocre performance of the soundtrack pushed the project into the black.

While there are no new hits, the record is pretty damned good.  Mostly for the two new for the film versions of I Got You Babe.  One is an acoustic instrumental (and perfect for a wedding cocktail mix) and one is a vocal version of the same track.  The rest is kinda meh, but i’ll still give this one a few spins a year.

Sometimes, really affordable records can be quite good.  Not everyone will admit to liking Disco Music, but I think its the label they don’t like.  This is a damned great album.  Its only affordable because it sold waaaay more copies than there are record buyers now, so a great condition example like this one can be bought for next to no money.

Le Freak, while being one of the biggest selling singles of all time (reportedly to this day the best selling Atlantic/Warner single of all time) is a record that really came to define its era.  It’s sound has influenced all dance music that came after it, and the rest of the album follows its lead perfectly.

I generally don’t promote records like this.  Mostly because industry changing records cost more than my budget allows, but I didn’t have to think twice before taking this one home. To quote Ferris Bueller, “if you have the means, I highly suggest you pick one up”.  It’s not as hard to find as you might think…

By season four, The Partridge Family was in trouble.  Ratings were down and adding a 6 year old “neighbor” to drop by each week and sing a song didn’t work.  Records sales were down too, and gimmicks were added to try to boost sales. 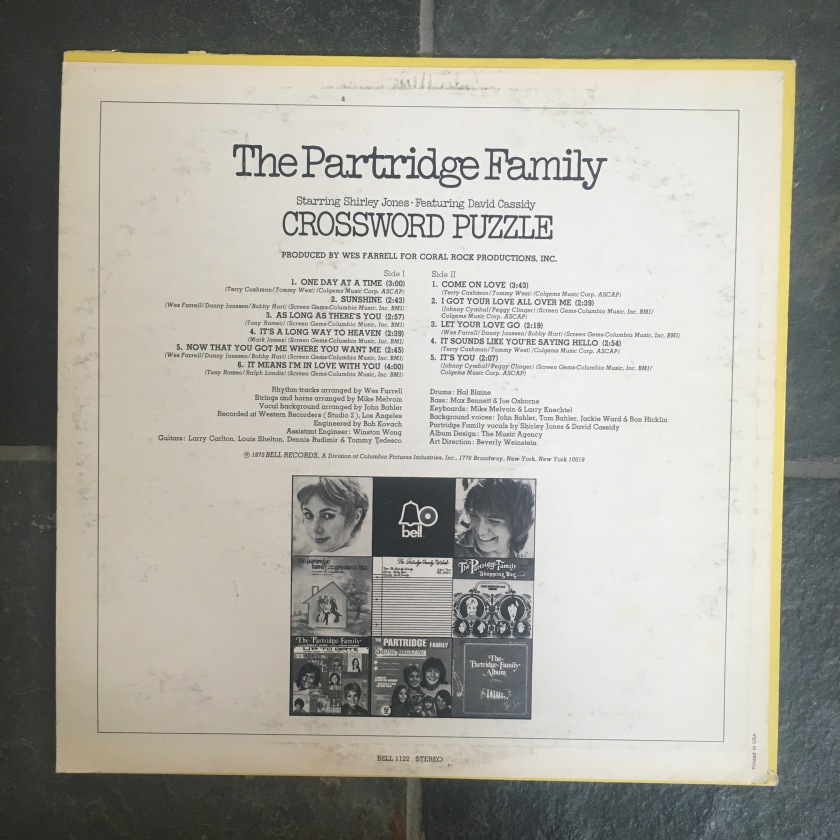 Their previous album, Shopping Bag, came with a genuine shopping bag.  I imagine they are quite collectable now, I know I’ve never seen one.  For their next to last album, the producers came up with a TV-Guide style crossword puzzle that this album’s original owner was able to solve in one try (though in pencil!).  You can tell that everyone was phoning it in by this point. 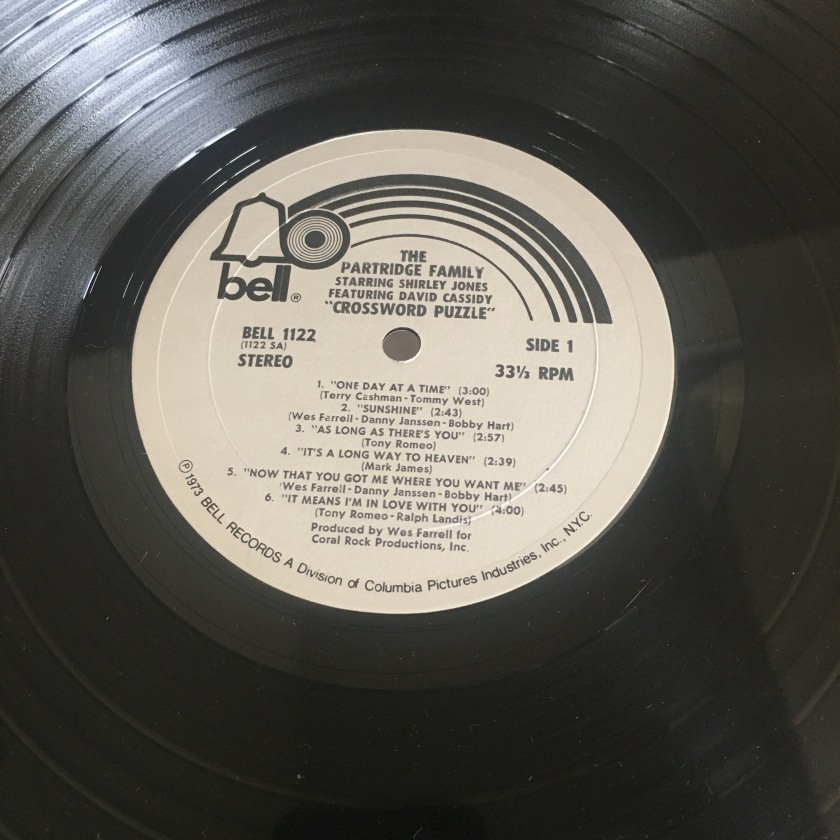 They didn’t even bother to release a single from this opus.  The group, as it turned out already had their last chart single, and there’s really not a track on this record that would have made it up against the relatively strong pop year that was 1973.  Partridge records are all professionally  done, but this one is just really a puzzle as to why it exists.

This little unassuming, mid career Billy Joel record s actually quite significant, but not in the same way as most legendary albums are significant.  Looking for the latest “new” sound, Joel “heard” about the new wonders of total digital recording.  No more tapes to edit, it could all be done and edited with computers.  The new sound was very clean, at least to 1982 ears.

The stats don’t end there!  The album’s second single, Allentown, is hands down the biggest #17 hit of all time.  It spent a magical six weeks and the almost lofty perch.  I don’t have statistics on the record the spent the second-most number of weeks at #17, but my guess is it would be no more than three.

THE GROOVES MAN
Create a free website or blog at WordPress.com.